Don Genova is president of the independent membership of CMG Freelance.

Two groups of independent freelancers are coming together to form a new organization within CWA Canada as the media union launches an exciting initiative.

Members of the Professional Writers Association of Canada (PWAC) resoundingly voted on Tuesday in favour of joining colleagues who are departing the Freelance Branch of the Canadian Media Guild (CMG), CWA Canada’s largest Local.

Don Genova, the longtime president of CMG Freelance and a key architect of this merger, said the newly formed Canadian Freelance Guild will “swell to nearly 400 members and will become a force in advocating for better rights, contracts, and pay for freelance communications professionals.” 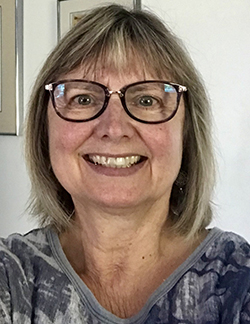 He noted that leaving CMG, which will continue to represent freelancers who work under a collective agreement at CBC/Radio-Canada, will give the new group “more autonomy to run our own affairs while at the same time preserving the benefits we currently enjoy from being part of a national media union.”

“This is a new chapter in our years-long effort to organize freelancers and other precarious workers. The union of the two groups into a bigger organization will strengthen the fight for freelancer rights. Standing together is the only way freelancers can ensure better contracts and respect for the valuable work they do.”

“I’m very grateful to see that we had an excellent turnout for this special vote,” said Doreen Pendgracs, president of PWAC, which was founded in 1976. “Voting was represented equally by new and seasoned members alike, who realized that we have made the right decision to move (the association) forward into its next realm of existence.”

“We’ve worked to bring these like-minded associations together for the past three years,” said Genova. “I’m sure this amalgamation will bring a greater voice to freelancers in Canada as we battle falling rates and unfair contracts for members who provide their clients high-quality contributions in all forms of today’s varied media.”

When officially constituted in April, members of the Canadian Freelance Guild will include writers, photographers, podcasters, videographers, graphic designers and more.

Pendgracs and Genova said their main goals are to provide a higher level of professional development, networking, advocacy, and representation for members when negotiating and enforcing contracts with employers.

Representatives of CMG (independent) Freelance and PWAC will meet next month in Toronto to begin the work of creating a governance structure, merging the memberships, and amalgamating their various databases and digital assets.

In the meantime, current members of both organizations will continue to be represented by their respective executives. They can renew memberships through the websites, CMGfreelance.ca and PWAC.ca, view webinars, ask for advice and take advantage of other benefits.

Genova said The Story Board blog and social media channels will all remain with the CMG Freelance brand during the transition.