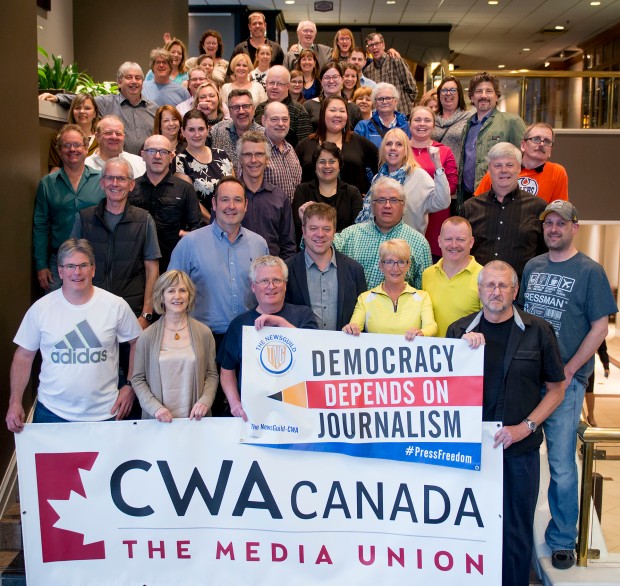 New faces on the national executive

CWA Canada President Martin O’Hanlon and Vice-President Lois Kirkup are in the middle of four-year terms. The next election for those two positions is in 2019 and requires a vote by the general membership.

Delegates voted to continue funding the WorkersHelp.ca project, which has become a valuable resource for non-unionized Canadians who are experiencing problems on the job and are seeking information on their employment rights.

Operated by Nigel Sones, business agent for CWA Canada’s Peterborough Local 30248, the website is a compilation of federal and provincial legislation and regulations governing employment standards, human rights or safety.

He reported to the NRC that, since the website was launched in 2010, it has had more than 700,000 visitors and he has had direct contact either by the toll-free phone line or email with nearly 20,000 workers, most of whom are employed by small businesses.

There is currently no other website like WorkersHelp.ca, which remains relevant with continually updated information and a comprehensive resources links library.

The website was launched with the goal of raising CWA Canada’s profile and providing organizing leads for the union. While it has failed to attract new members, it has been hugely successful at assisting workers to stand up for their rights.

Hayley Carolan, daughter of Chris Carolan, president of the Victoria-Vancouver Island Newspaper Guild (Local 30223), produced a video about achieving social justice. She is studying international economics at the University of British Columbia.

Jacob Proctor, son of David Proctor, member of the Halifax Typographical Union and a pressman at The Chronicle Herald, submitted an essay on the topic of social justice. He is studying mechanical engineering technology at Nova Scotia Community College (Dartmouth campus).